Renovation and Sales Success in Alexandria By: Tim Daly 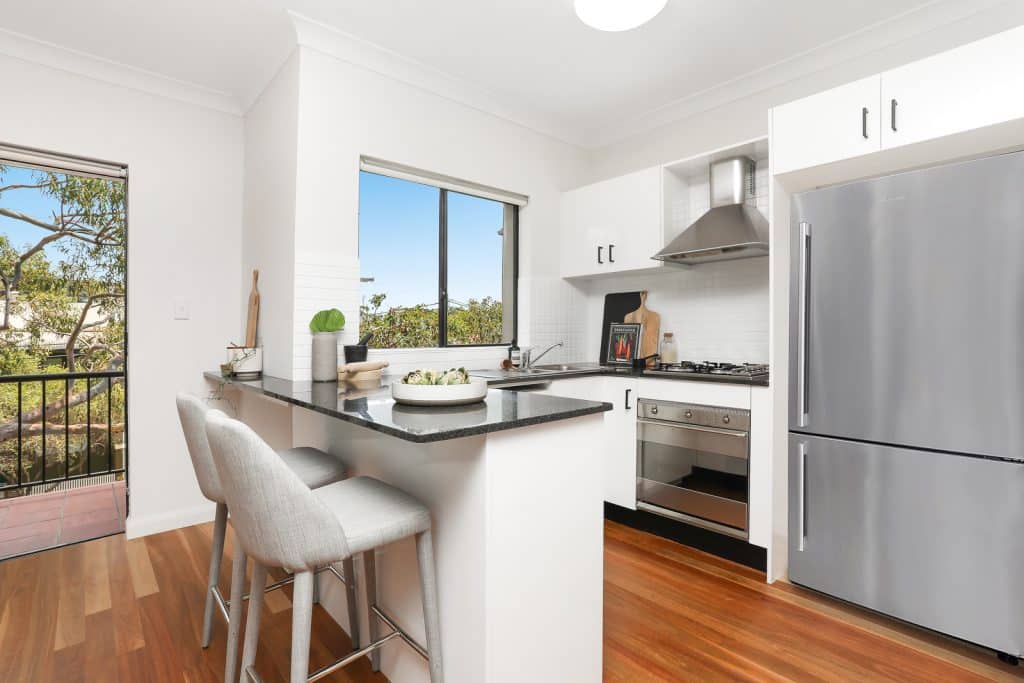 Renovation and Sales Success in Alexandria

Hi! I’m Tim Daly and this was my property in Alexandria and in a suburb of Sydney. 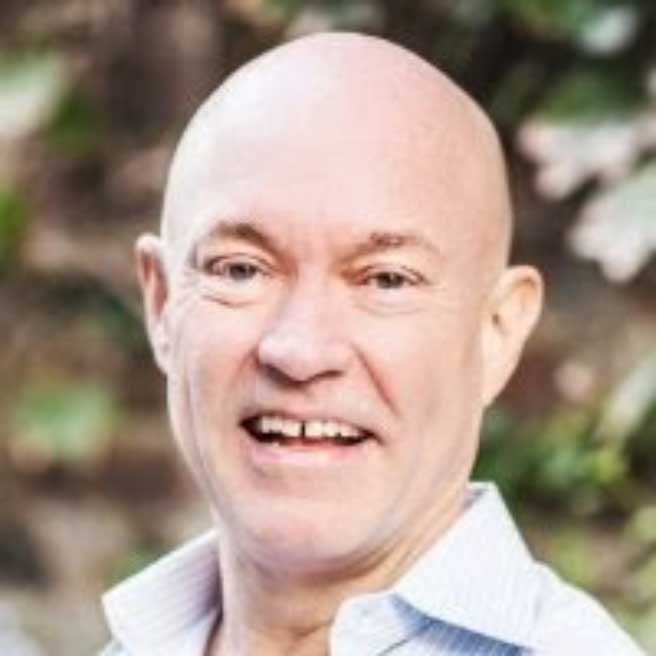 It was 21 years old and still owned by me as the original purchaser who bought it off the planners and investment property. It had two bedrooms, two bathrooms and two balconies. The property also had a car space in the basement.

The job of selling the property was given to Mark Horn from Biller Property with guidance from Bernadette Janson from The School Of Renovating.

We planned a makeover of the apartment. The apartment was always tended to, it was well built and this was part of the reason why the renovation was going to be a straightforward exercise. The apartment had the expected wear and tear that a 21-year old apartment would have. The timber floors were only replaced in the last few years and were in perfect condition. New blinds were recently installed. We decided to fully paint the apartment after filling all cracks and damage to the walls and cornices.

We also decided to put new carpet in both bedrooms. We would replace the oyster lights, which was starting to date and which provided poor light. We would spray-paint the timber veneer kitchen cupboards and the splash back and replace the kitchen cupboard handles. We wanted to add a white bulkhead to the top of the upper kitchen cupboards but the need to leave ventilation at the back of the upper carpets for the refrigerator prevented that. We also would replace the shower screens, which had begun to de-laminate and had mould invading the edges of the glass. The tiles of the bathrooms are very solid and still looked quite modern so we decided to leave them as they were. A big job was detailing the apartment’s fixtures and fittings. That job went to The Shine Group led by Samantha Campbell who were experts in detailing homes.

At some stage in the last 21 years an electrician had done a cheap fix of a faulty power point in one of the bedrooms by running a conduit from the ceiling, down a wall and across another wall. We had three options to fix this: chase the conduit into the wall to hide it, remove it and get the power point on the other side of the room working properly again, or leave it in place and paint over it. The first two options proved to be quite expensive. Getting the old power point working again was going to involve work that would cost over $2000. We decided this was an expense which wouldn’t be returned in the sale price. We painted over it and it was never commented on. 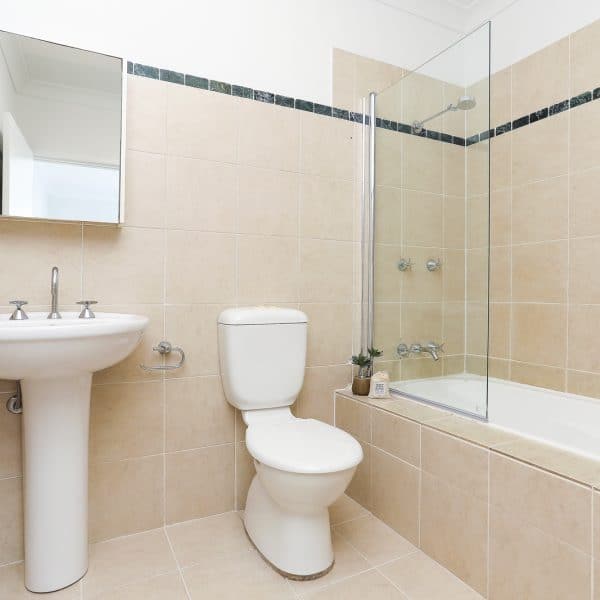 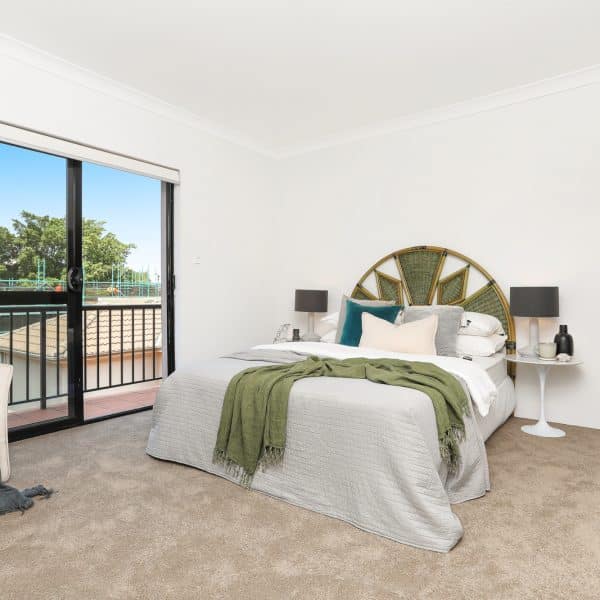 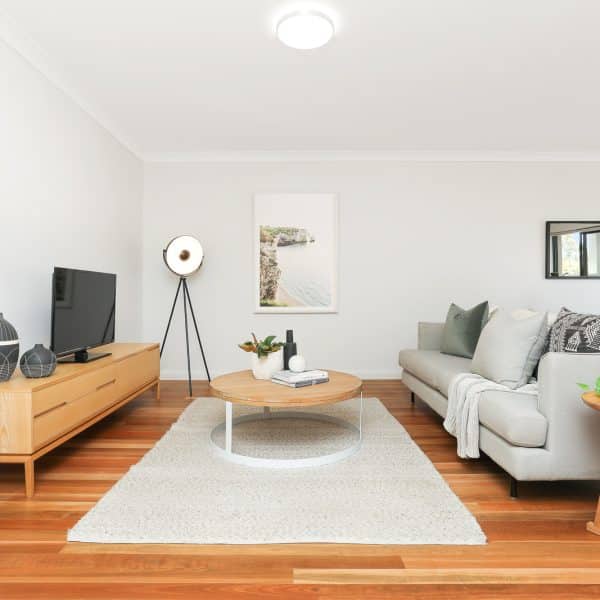 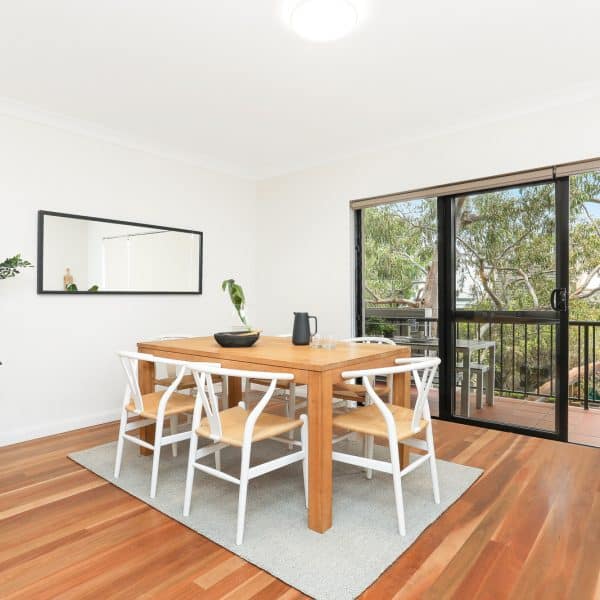 We wanted to replace the yellowing system buffets of toilet seats but in the end would not get a return at sale time. We considered replacing the electrical switch and socket cover plates, they were a Chinese brand and we couldn’t source them. In the end we just painted over them. We were lucky to find tradesmen who could work over the Christmas-New Year holiday season. The painting happened quickly. The detailers did a fine job and the spray coating in the kitchen tiles and cupboards along with the new handles really lifted the room. The new oyster lights were clean simple and gave a bright light.

We used Bowerbird Interiors for styling and decorating the apartment. It was the most expensive part of getting the property to presentation stage but it worked a treat for the photos and open houses. The finished result was amazing. My only regret was that I was selling it.

“My name’s Simon Jagger, on behalf of Mark Horn and the whole team at Biller Property. Let’s all have a big welcome!”

On auction day the results shown how the refurbishment was worth every cent. 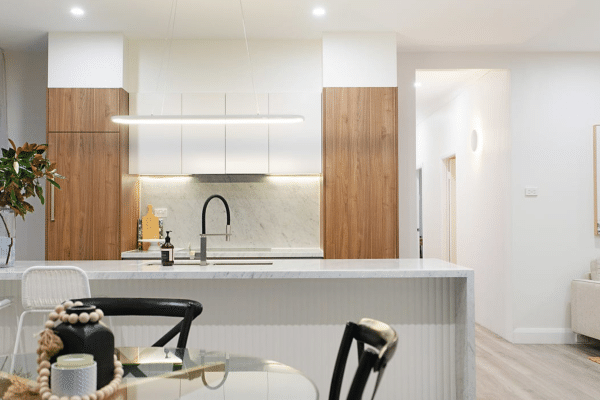 Working within a tight budget is an important skill for renovators to learn. After all, the more you spend, the less profit you will make. 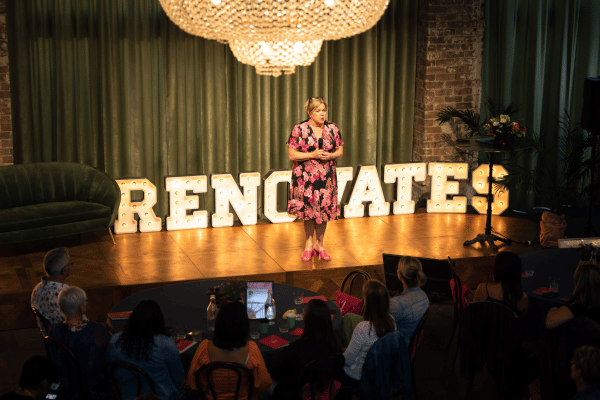 The 3 Strategies To Build Wealth In Your Renovation Project

Here are a couple of strategies that can help you build wealth through high return renovation for profit projects.

What Does Co-Living Mean For Women In Renovating?

Jo Vadillo is working a renovation project that includes a strategy for providing affordable accommodation for those on a tight budget. 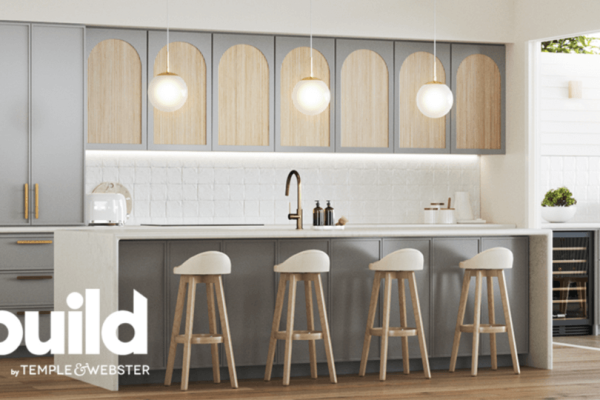 What Do Renovators Need To Know About The Build?

Laura Pittaway, the in-house interior designer at the build, tells us more about how The Build can help renovators create beautiful homes.