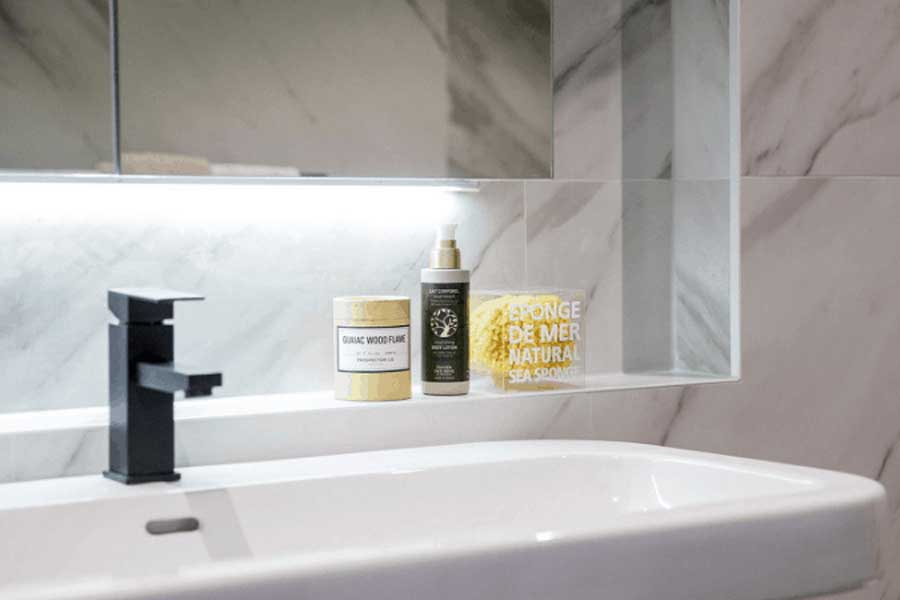 Bernadette’s series 14 Days To A New Bathroom is now on Day 8! This part of the series will be a special one since Bernadette will both be showing and telling you her recommendations for your bathroom bling – tapware. And because tapware is really the jewelry of your bathroom since it brings the bathroom to life, Bernadette will help you choose the right tapware where it’s really important.

05:24 – Creates an ethereal look that creates a beautiful bathroom

06:00 – Another type of effective accent lighting is pendant lighting

07:18 – The last type of lighting is specialist lighting or functional lighting

09:39 – Heated floor can be a welcome addition on cold tiles in the winter

Well hello renovators! And today we’re back with Day 9 of the mini series 14 Days To A New Bathroom. Bernadette Janson here and today we’re going to let the sparks fly.

So we’re going to be talking about some electrical elements in your bathroom renovation. Predominantly it’s lighting, but there’s a few other things to talk about as well. But let’s talk lights. So when you are creating a new bathroom you’ll want to think about 4 types of lighting.

And so ambient lighting. Well there was a time when you only installed ambient lighting in a bathroom. Often it would be a flouro or a single pendant in the bathroom. But now we take it to a new level and the reason we do that is because the bathroom offers more functionality than just for showering or barfing and washing. And so your lighting forms part of the aesthetic of the room, as well as the function of the room.

So let’s talk about ambient lighting. That’s just the general lighting in the room and generally we go for down lights for ambient lighting and these days those down lights are an LED. I really hope that halogen lights have been bred out of existence. I always used to think of them as the blowflies of the lighting industry. But LED down lights are very cost effective and the beauty of them, is that changing a light globe happens every 10 or 20 years. So they’re very low maintenance and low energy, so that they are very kind on your basics report.

And in terms of purchasing them, usually with the down lights, I ask our electrician to supply them. Because he is able to source a very cost effective, but good quality down light. The only thing that might crop up is the distance of your ceiling space. So if you have, say, a flat roof and you don’t have a lot of ceiling space, the actual mechanism for the light, the back of the light, the bit that you don’t see can be quite deep. So that can be problematic. If you’re purchasing the lights yourself, you need to know the dimensions of the ceiling space. So you can purchase the correct down lights you can get LED down lights that are very shallow and so it’s not really a problem. But you just need to make sure that you’ve got the right one for your application.

Next thing we want to talk about is task lighting. So obviously there are some things that you do in that bathroom that may need some extra lighting and more around the mirrors. So putting on makeup, doing your hair, that sort of thing and to have really good task lighting, the light needs to shine back on your face. So those mirror lights like in dressing rooms. Sorry the mirror lights in a dressing room, in a stage dressing room, the great big globes up either side of the mirror. Very effective but pretty ugly. So you know whether you decide to go down that path or not is completely up to you.

But if you are looking at task lighting that’s the sort of thing you’re looking at. There are some mirrors that have the lights embedded in them. I think they’re only marginally better, but that decision really is up to you. But it could also be just a matter of positioning your down lights in such a way that their forward to your face and when you’re standing at the basin. So that you do get quite good light on your face.

The next type of lighting is accent lighting and this is where we bring the WOW into the bathroom. I really am a big fan of accent lighting, because I think it just elevates the renovation a bit more and a really simple tool you have to use is LED strip lighting.

So as a minimum I would like to have an LED strip lighting running under the shaving cabinet, so that it’s under the cabinet. So it backlights the cabinet or the mirror or just the backlit mirror. That creates quite an ethereal look which I just think creates a really beautiful bathroom. Now LED strip lighting is actually a DIY product and you can actually, if you’ve got a power point within the cabinet you can install it yourself.

I actually like to get the electrician to do it, so it gets wired into the lighting circuit. You’ll have some control over switching it from the door, rather than having to open up the mirror at the cabinet to turn the light on if you’re wanting it on. And it really is just for show, but it just does add another very nice element to your bathroom.

The other type of accent lighting that I think is quite effective is pendant lighting. I sort of think of the pendant lighting as the jewelry, you pin it round your neck. If you put a pendant in the bathroom, you might put a pair either side of the basin, you might put a, like I’ve seen chandeliers over the bath. It’s really is the wow factor and I’ll include some photos of pendants that we’ve installed.

And yet, so think about whether that might be appropriate for you. If you have pendants around the mirror they can also double as task lighting. Because you’re getting a nice clean light near your face. It’s also an opportunity to bring your design elements in to the room. So you can choose a pendant that say some, if you’ve got brass taps, you can choose a pendant that has touches of brass or marble or whatever the materials you are using in the bathroom. So it helps to layer those design features into your lighting.

And the last form of lighting that I will talk about is specialist lighting or functional lighting. Things like shower hoses with illuminated shower hoses and a really common type of lighting is the IXL Tastic or Neo Tastic 3 way light heater and exhaust fan. Very practical addition to the bathroom, because it will not only provide illumination, a good illumination. It will provide a heater and a means of keeping the room dry. And also an exhaust fan for taking out all the steam and moisture from the room.

Now you need to be mindful of the fact that the cost to install that is going to be significantly higher, because you’re running three wires and not one back to the switch. And if you’re retrofitting and you don’t have cavity walls, that will mean some chasing of the wall. And for those of you who don’t know what chasing is, that’s when the electrician will make a saw cut into the wall, to create a channel to lay the wires in, to get back to the light switch.

And the other thing with the 3 way light is once again making sure you’ve got the ceiling space to receive that element. Because often they can be quite deep and they also need some ducting to duct the steam out of the room to the outside.

Okay. So next thing in terms of electrical are heating elements. And so, two things here, heated towel rails and heated floor. Well in terms of heated floor that’s come a long way. So under tile heating and I’m not going to talk too much about that, we don’t have much of a need for it in Sydney. But if you’re doing a reno in Melbourne or Tasmania or even Adelaide or South Australia. I should say that could be a welcome addition to your bathroom. Cold tiles in the winter can be a bit chilly in those areas.

But the other thing is heated towel rails and I think that there’s a case for them almost everywhere, particularly in family bathrooms. If you’ve got a family using one bathroom, it’s great to have a means of drying towels quickly and they’re relatively inexpensive. We install them in almost every bathroom, not everyone but almost everyone. And so you can go for something that’s just plugged in and you just need to make sure that there’s a power point close by or you can have it wired in which is my preference although I don’t always do it.

Once again that depends on your budget, but if you are, either way, when you’re purchasing the heated towel rail, you just need to know that you get left and right handed versions of it. So the wiring goes in before the wall sheeting or before the tiling. You have to choose the position of it long before the room is in any form to work.

You have to choose the position of it in the rough stage, so you want to know whether your towel rail is going to be left or right handed. So you get those wires in the right place because once the tiling is done there’s nothing you can do about it.

Okay. And so the only other thing to talk about is power points or GPO’s as they’re known by the electricians. And so the thing about power points is, there is a building code required for them to be not close to water. I’m not going to talk about what that code actually says other than to say that there are zones. So there are, depending on whether it’s the bath or the sink and there you are required to stay outside a zone.

Okay. So that’s it for today. And before I go I want to remind you of our competition. So if you would like a copy of hot off the press: Secrets Of Property Millionaires Exposed in which I’ve been featured. I’m giving away some copies and what I would like you to do is to go over to iTunes and leave a review. Take a screenshot of that review and email it to me at: [email protected] and I will send you a copy of the book.

And once again thank you for listening to this episode and tomorrow we’ve got the last one for this week in which we will talk about furniture in the bathroom. So look forward to meeting up with you again then. Take care! 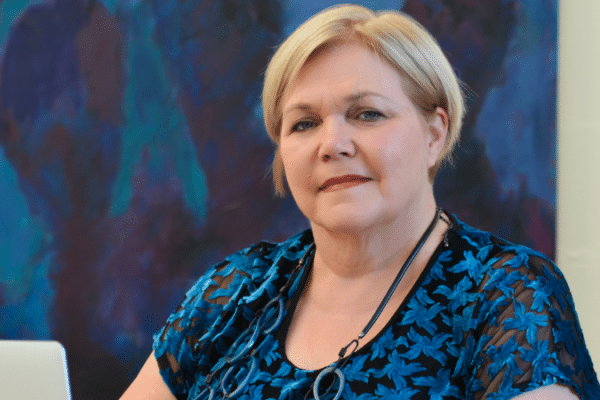 What motivates you? What keeps you going? What are your goals? How…
Read More 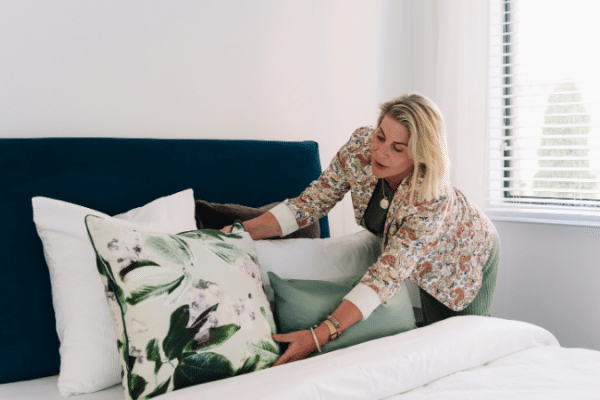 She Renovates podcast is back again with another amazing guest, Suzette Halliwell.…
Read More 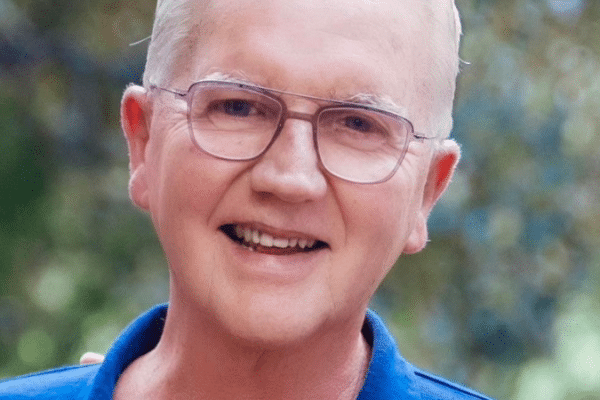 It’s another interesting day at She Renovates because today, I have James…
Read More 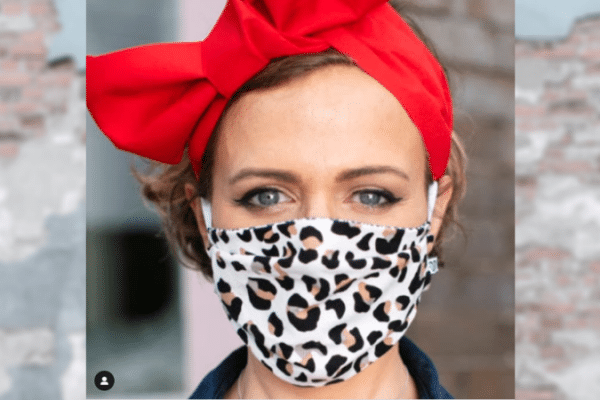 In this episode, I have a very interesting guest. One of my…
Read More