136 – Are You Hungry To Achieve Your Renovation Goals?

She Renovates Episode 136: Are you Hungry To Achieve Your Renovation Goals?

Renovation goals are just as important as renovation planning. It should be completed in coordination with a renovator to ensure that your objectives are achieved.

Are you Hungry to Achieve Your Renovation Goals? 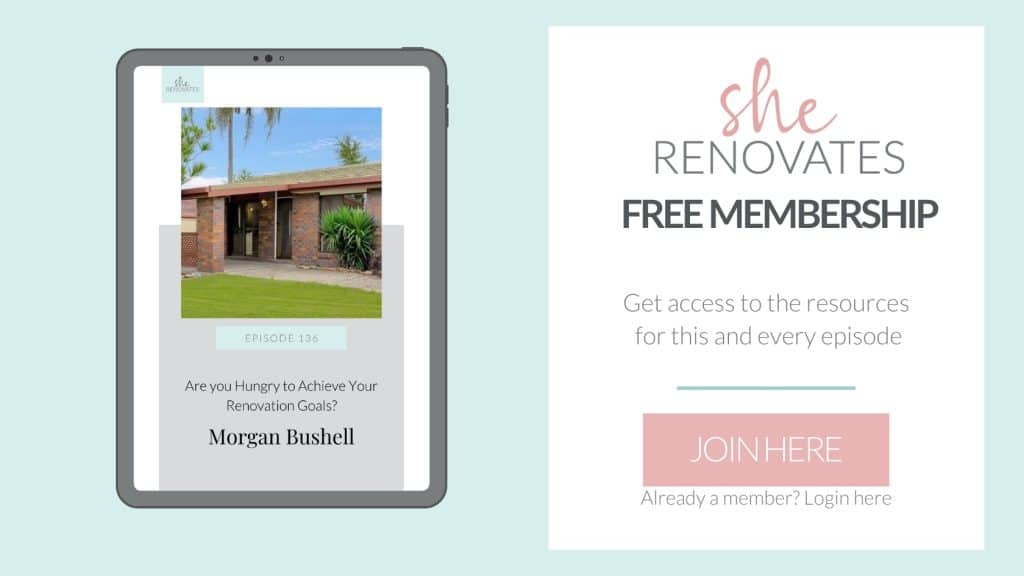 For anyone just starting, just do it. Take action, speak to real estate agents, go and just meet people in a network. A lot of what I learned, as an investor and as a renovator, is just speaking to like-minded people.” ~ Morgan Bushell

Morgan Bushell is a property investor and mortgage Broker who also renovated his way to 5 investment properties by the early age of 28.

Through working at one of Australia’s biggest banks and his own investing experiences, he now helps property investors achieve their property goals.

He spent most of his life in Sydney, two years in Armadale and one year in Walker. So a bit Morgan is a business owner and proud to call himself a mortgage broker in Full Circle Finance.

He also invested in property and the majority of those investments have been renovation projects. Before buying his first property to save up for his first deposit, he was one of those kids that worked on random multiple jobs like delivering local newspapers and working at the likes of Domino’s pizza.

Opportunities For His First Renovation Goal

The first property Morgan bought was in Wagga Wagga, where he was living at that time. He bought a three-bedroom house, one bathroom and two cars. Morgan said that he was one of the people who did not have the best first-time investments but later on, he discovered opportunities to invest and that kind of kicked off his journey as far as investing went.

According to Morgan, he learned three things to look for when investing in a property.

Learning From His First Renovation Property

During 2013, Morgan didn’t have a lot of equity and cash to help go to the next one he had in mind around that time. Areas like Western Sydney were quite popular. Unfortunately, he missed the boat on a lot of those prices and was really priced out.

Morgan, being dedicated and enthusiastic with his renovation goals, focused back on regional properties. The second property he bought was in Orange, New South Wales. From what he learned on his first property, he had to make money on his way in, and he discovered two ways of doing it by renovating and buying well.

He wanted to throw himself into renovating and liked the idea of using his hands wherein he creates value for someone to buy later or to give to a tenant. He bought a Firebird property. Looking at it from the street, you could see rot inside the house, right through the kitchen it was a proper dump and it had been like that for two years before it got sold to the general public.

The property was bought in a completely different state. It was bought in the South West Area of Queensland. The location itself was a bit of a challenge for Morgan but it did not stop him from there. He did not know real estate agents before so he learned that leveraging relationships is essential. From there, he was looking for the same thing, not necessarily a bigger project, but something he could cosmetically renovate.

He eventually found a property that he secured by having good relationships with real estate agents. The property wasn’t advertised online and this just came from being present in the market. He went out every weekend to speak to agents and check the properties.

Morgan experienced significant gains which led to the Third property being sold. He bought the property for 215K. It was a three-bedroom, one bath, one car high set house in Queensland. The renovation cost for 15K and ended up selling that for 350k. He just wanted to realize those gains to help the future projects, potentially put that towards the business planning.

It was a property that he owned in Queensland, Morton Bay area. It was a two-bedroom house, one bathroom, two-car garage. Morgan was really self-driven to achieve his renovation goals. It was always a long-term play for him. He bought it with the view of adding a third bedroom. The holding costs were slightly negative and as a start-up business, he decided to basically de-risk his situation by selling that property. Morgan sold it for a profit.

Morgan shares that he was very hands-on before and did everything in anything to save money. His knowledge grew as an investor and a renovator at the same time. He had been a lot smarter when it comes to investing.

The profit he made on the reno was probably bigger than any of the bonuses he’d receive. It was tax-free and so that was a real aha moment for him. He needs to keep doing it and it really sets him off.

Bernadette opened up about her eldest daughter, Hannah, who works in finance and is not interested in property. They did a project together while Hannah was in Melbourne and Bernadette was in Sydney. They put in the cash and made 155,000 profit. As a result of that, her daughter was able to buy a better property and they were well on the way to getting their first home.

They bought this really nice house in Malvern East. They planned this renovation and went to take it from a two bed, one bath to a three-bed, two baths. They had really increased the value exponentially and they had the money saved for the Reno.

All of a sudden, they decided they were going to buy a beach house instead of renovating their house. They bought a beach house, which was seriously a nightmare because they got about a hundred thousand undervalue. They totally transformed it all, everything DIY including plumbing and fixing the septic tank.

So when people say to me that they can’t get their kids interested in renovating. I always say, just show them the money… once they see what they’re going to make out of it, they get very interested.” ~ Bernadette Janson

Renovation gives wings to your strategy. You can combine your renovating and do some small development with it. Learn from Morgan as he shares some tips to consider in renovating your property:

Is It Worth Using A Buyer’s Agent?

A buyer’s agent could be able to save you time and help you get the right home at the appropriate cost. The question is, Is it worth it?

For Morgan, he managed it by himself and never used the buyer’s agent. What he wants to do is to spend time going to the area and inspect them. He wants to personally build those relationships. The more time you spend in the market, the more they get to know that you’re serious. It may take time but it will not give you an off-market deal because that’s what everyone wants.

At the end of the day, real estate agents help to create a successful transaction. You can make it easier for them by being present in the market and showing that you’re ready to go.

Other people use buyer’s agents which works out for them personally. It will depend on how you plan on transacting your property.

How Morgan’s Family Supported Him On His Renovation Goals

Morgan said that his family is proud of his journey. Aside from his mom being supportive by doing some painting, his dad who recently retired, helped him and spent a lot of renovating time mutually. They have been together through ups and downs which he considered as good memories, especially when going through hard yards.

That is a great example, to set up younger family members because if you’re not in that space, others tend not to even think about it. By seeing what you’re doing, it gives impact on their view of what’s possible for them at some stage.”

Thinking of the scariest moment of his renovation look, it wasn’t smooth sailing but everything sunk into him, especially with his first Reno. Realising how much work needs to be done like the knee-high grass and the place was just black. Questioning himself, “what have I got myself into?” He kind of derisk all of it by taking note of what he could do and chunked it all down into bite-sized pieces.

The funniest experience being a renovator for him is getting along with trades and builders. He used to play tricks on them by hiding their cigarettes and getting to know them and their stories. 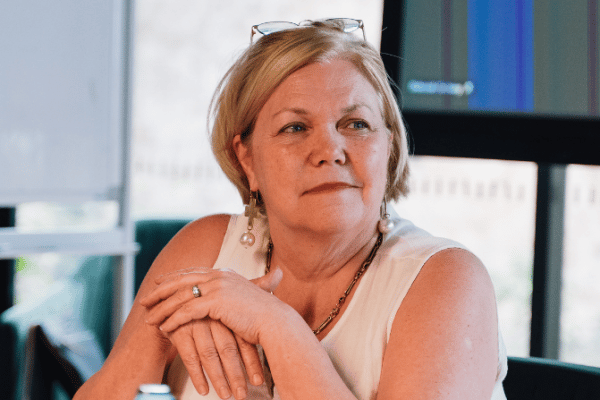 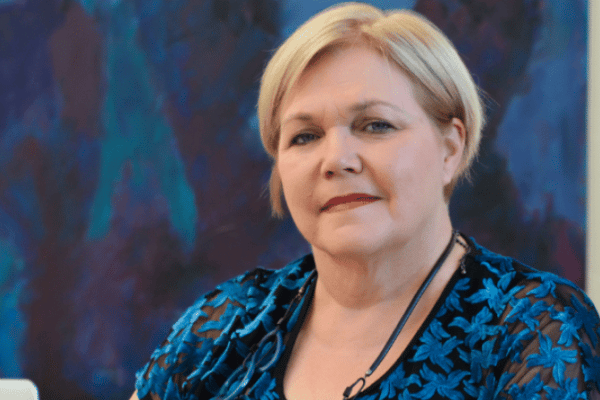 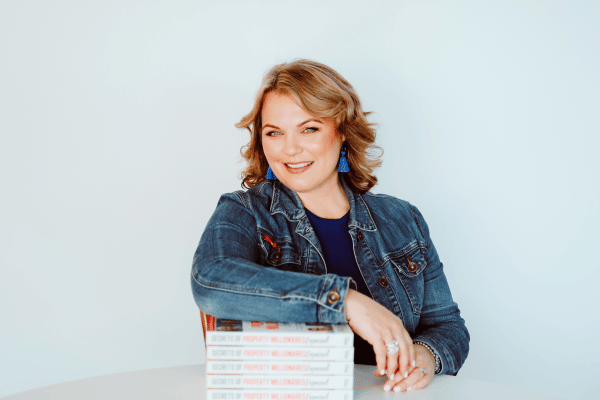