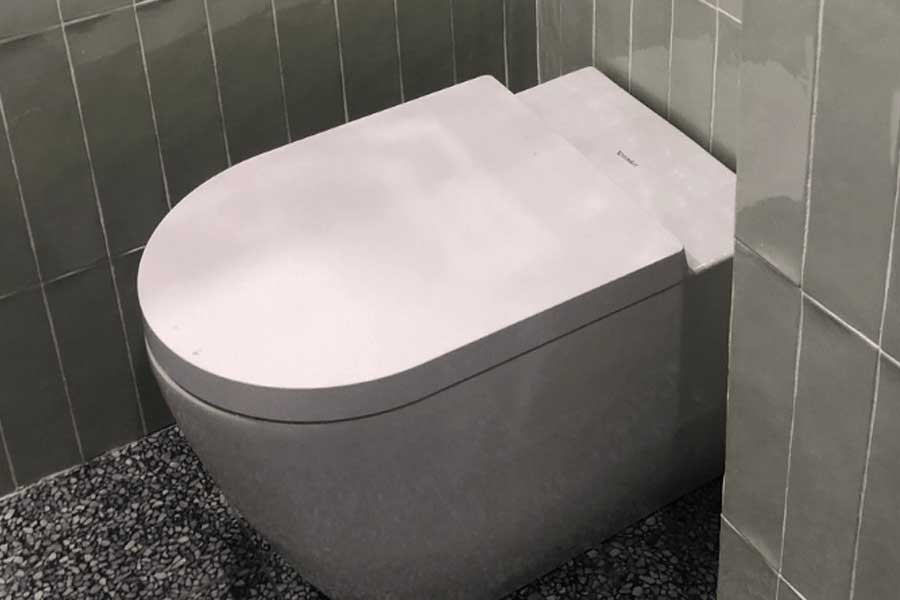 It is Day 6 of the series 14 Days To A New Bathroom and Bernadette’s topic will be toilets. She will talk about your choice of whether installing a new toilet or replacing an existing toilet for your bathroom renovation. She then discusses the ins and outs of each.

Well hello! Bernadette back with She Renovates, a podcast for women who want to create an income and a life they love through renovating. And today we’re talking about toilets.

Okay so in your new bathroom renovation it’s highly likely that you’ll be installing a toilet or you’ll be replacing an existing toilet. So today I want to talk about the ins and outs of that particular aspect of the renovation.

Well the main reason is because it’s a very nice clean design look, but it also is a big space saver. You’ve got quite a narrow bathroom, a standard toilet will protrude into the room around 750 or 800 millimeters, whereas if you can install the cistern into the wall, then you’ve only got the pan that’s actually in the room. And you can get something that’s as small as 500 mile day. So you know you can be saving yourself at least 200 millimeters. So it’s a great space saving measure.

There are some good reasons to not do it though, and the main one is that they are quite difficult to maintain. So the only access you have to the cistern is via an access panel behind the buttons. So if the cistern has any issues anywhere along the line, more often than not it’s a leak.

If you can’t fix it through that panel, then you’re looking at taking tiles off the wall and breaking into the wall to get to the cistern. We recently had this, we were renovating a terrace, a small terrace and we discovered a damp patch in the living room wall. And it was the neighbours 20 year old in wall cistern. In actual fact, he converted a standard toilet suite into an in wall cistern and it was leaking. So of course he didn’t want to take his tiles off and create a huge mess in the bathroom.

And so given that we were renovating he asked if he could access it from our side. So normally I’d be reluctant, but we were keen to get the problem fixed so we allowed that. And interestingly the wall was a single brick thick, so between the two dwellings, so it wasn’t a major exercise to get that fixed and patched and all cleaned up. Now an in wall cistern will be best installed in a stub wall, but you can put it in a masonry wall, but it needs to be cleared. And it’s just a serious expense which is the other reason why you might not go for in wall cistern.

So just a bit more on in wall cisterns, the actual cistern itself generally comes in a steel frame that fits between two studs. So that frame comes in to height, so you can have a low rise or a standard height one, which if you do, what we often do, which is build a sort of a false wall to house the cistern and sort of a half wall. So that we end up with a ledge in the bathroom, sort of a landing ground for bathroom products and so on. If you go with the higher version that can be too high to be useful. So you need to think about how high you need to have that cistern.

And there is also a third type of in wall cistern, which doesn’t come in the steel frame. It’s just got clips that you fix to the studs, sort of a cheaper version. Which can be installed pretty much at the height that you want.

Now the alternative to an in wall cistern is a standard toilet suite. And I guess if you’re going that way, just make sure that you go for a closed coupled version.

What that means, is that the cistern sits down very close to the pan and so that you can’t see any of the plumbing in between the two components. So it’s shrouded in a piece of acrylic or porcelain. It’s just a much cleaner look and you don’t have plumbing to clean, it tends to get quite dusty. That’s quite an old look and I would certainly not expect to see that in a modern bathroom. Equally with the pan. We tend to go for the back to the wall version, so all the waste pipes are concealed in a porcelain skirt. It’s a nice clean finish and there’s no pipes, the old porcelain is to collect dust and just become a maintenance issue. So we want the bathroom to be as easy to clean and as clean a look as possible.

So you want to make sure that you get one that’s going to work, with that waste pipe. Because that’s not movable, well it is movable, but you don’t want the expense of moving it if you’re just replacing an existing toilet.

And similarly with the S trap the waste pipe, it goes through the floor and you need to know the distance between the waste pipe and the wall. So that you can find a toilet pan that works with that. So it’s best to work with your plumber to get the right pan. Interestingly a lot of toilet pans come as P traps as standard these days. And if you go for an S trap or if you need an extra time, then you just need an adapter to adapt it to change it to go, to become an extra.

Now if you are installing a new toilet, that’s your repositioning the toilet, so you’re not constricted by the position of the toilet. You want to think about where you put it and try and get it out of the line of sight when the doors open. I think that’s a really bad look when you open the door and the first thing you see is the toilet.

So think about where you can position it, so it’s in some way concealed. I just think that’s a much better arrangement. If you are installing in a bathroom, that’s the space, the width of the space required. If it’s confined by say the shower and the vanity is around 800 that’s about the minimum to have something that sort of works comfortably.

Now most toilets, well all toilets, come as you flush these days, and if you are having to submit a basic report for your renovation then you might want to look at the world’s writing on the toilet. Often you will need that to actually get your basics over the line.

And the last couple of things I want to say, is soft closed seats I think, you need to be standard, don’t go cheap and nasty. It doesn’t cost much these days to put in a decent toilet suite. So a good solid soft close seat.

And when the plumber installs the toilet they use to water them in so you could never get them out without breaking up the tiles. But these days they are siliconed in. And what that means is on the day the toilet is installed and when the plumber has finished the bathroom needs to be cordoned off and nobody go near it until the next day, because the silicon takes time to cure. And if you want your toilet to be well grounded it needs that time to cure.

Okay, so in our show notes today I’m going to include some diagrams so that you get a bit of an understanding of what I’ve been talking about.

It’s tricky to explain these concepts in theory but I hope that this episode has been useful to you and I’ll see you tomorrow. 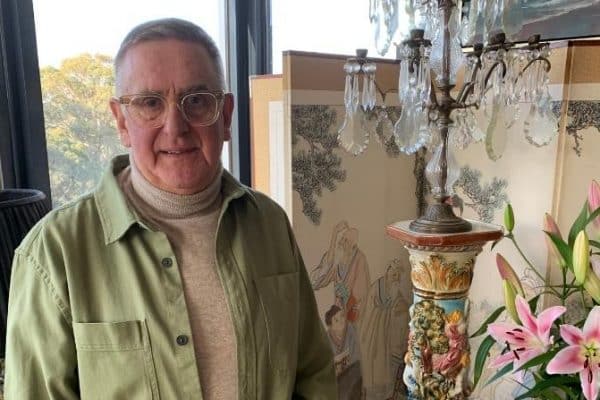 166 – A Conversation With Trevor Of Maggies at Trentham: From Renovation To Airbnb

Trevor talked us through how he and Andrew discovered Maggies at Trentham as a rental property and knew immediately that it could become something great. 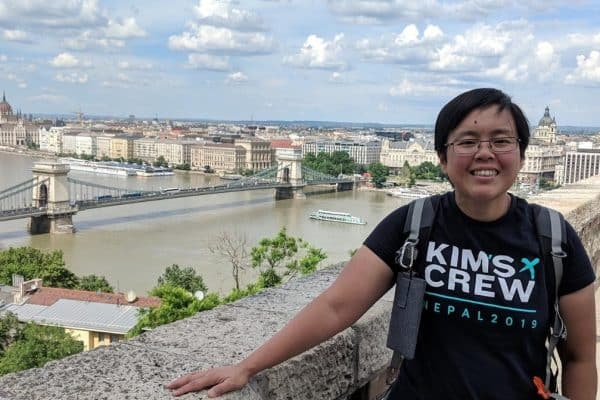 Foong Koh Buckland joined Bernadette and Michelle to talk about her journey from being a pharmacist to renovating for profit. 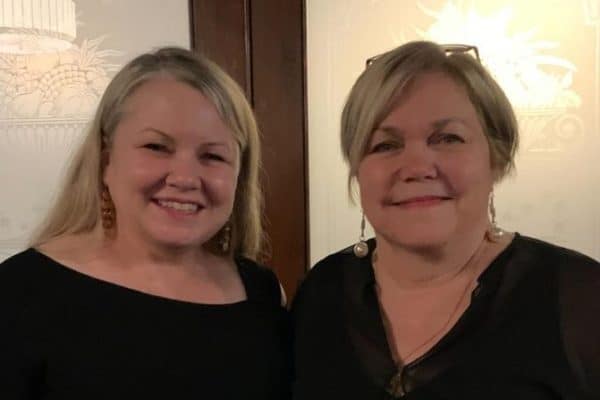 In this episode of the she renovates podcast Michell Lewis talks about the importance of mindset to achieving success in one’s renovation business. 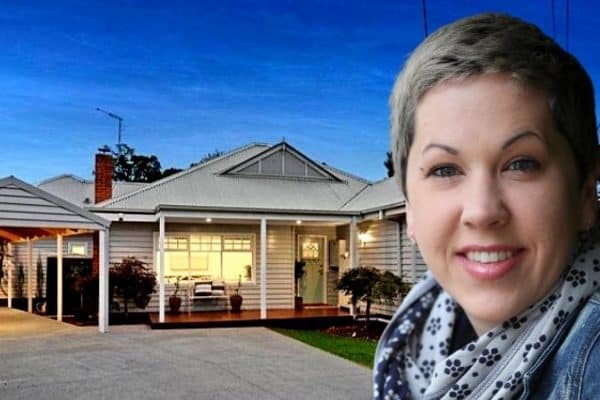 In this episode our wonder women rising star Lucy talks about how her renovation journey started by accident when she renovated her own home. 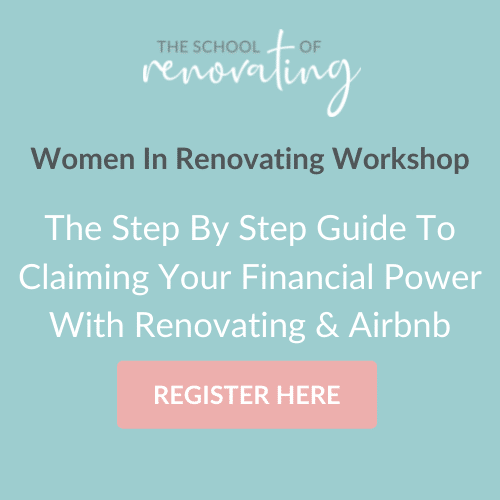 Before you go, would you like our FREE GUIDE:
The Biggest Obstacle For Women Renovators? 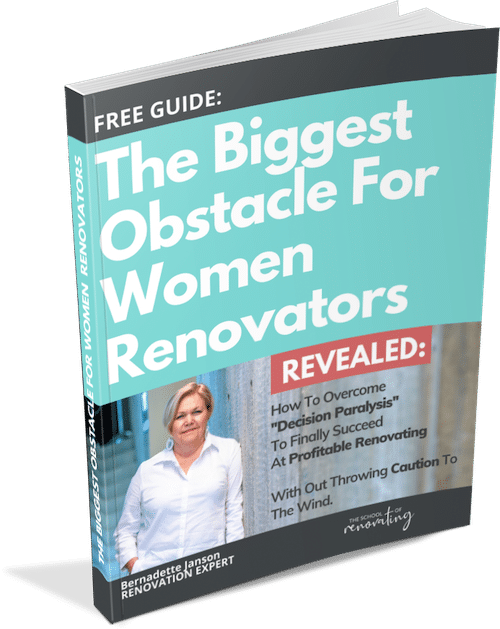 Before you go, would you like our FREE GUIDE:   The Biggest Obstacle For Women Renovators? 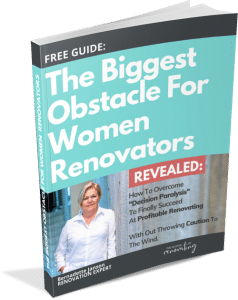